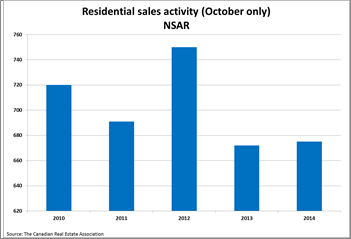 Residential sales activity recorded through the MLS® System of the Nova Scotia Association of REALTORS® (NSAR) numbered 945 units in May 2013. While this was still down 11 per cent from a stronger May last year, it did stand on par with the month of May in the previous three years.

Additionally, although year-over-year declines continue to reflect both a quieter market now and a very active market last year in the Halifax-Dartmouth region, the monthly trend shows a marked improvement in demand from the low reached just two months ago.

The average price for residential activity in the area served by NSAR was $240,773 in May 2013. This was down three per cent from a last year’s record, but was still the third highest monthly average price on record.

At $229,646, the provincial average price was also down three per cent on a year-over-year basis.

New listings on the Association’s MLS® System numbered 2,187 units in May 2013, up five per cent from levels recorded a year earlier.

Total sales activity numbered 1,051 units, a decline of 10 per cent from a year earlier. The value of all property sales in May 2013 amounted to $239.4 million, a decrease of 12 per cent from year-ago levels. 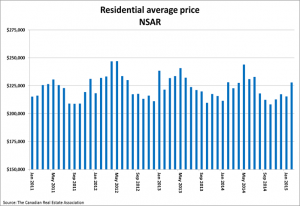 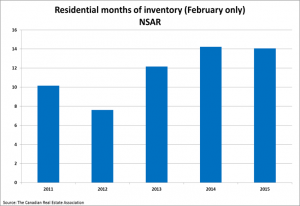 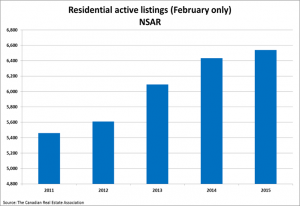 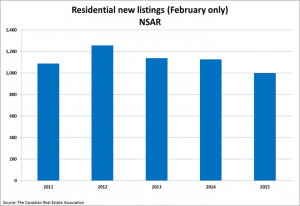 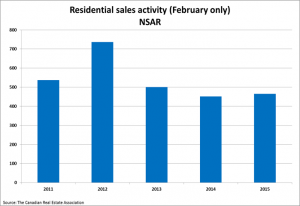 Trademarks are owned or controlled by The Canadian Real Estate Association (CREA) and identify real estate professionals who are members of CREA (REALTOR®) and/or the quality of services they provide (MLS®).

The Nova Scotia Association of REALTORS® represents more than 1,800 brokers, salespeople and affiliate (e.g. solicitors, appraisers, banks) members throughout the province. Please note that the Annapolis Valley region is not included within the jurisdictional boundaries of the Nova Scotia Association of REALTORS®. NSAR serves its members through a wide variety of educational programs, publications and special services. The association, through an agreement with the Nova Scotia Real Estate Commission, provides all real estate licensing courses in the province. REALTOR® is a trademark, which identifies real estate professionals who are members of The Canadian Real Estate Association and, as such, subscribe to a high standard of professional service and a strict code of ethics.

Request viewing or get more information!